Someone To Watch Over Me is Short Listed

Someone To Watch Over Me is Short Listed

So back in December, I was approached on Wattpad by a Litnet editor to participate in their Campus Romance Contest. I had nothing currently written that involved the New Adult/College Romance genre. So it meant a w 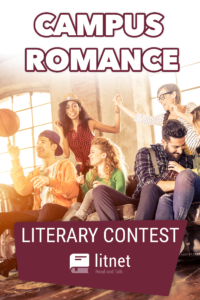 hole new story for me. The deadline was March first and we were already two weeks into December and the novel had to be complete to be considered. I wasn’t sure I could make that deadline.

However, upon researching Litnet, it seemed too good of an opportunity to pass up and so I decided to give it go. I couldn’t believe the response I got from readers. Over 267 comments about how much they loved the book and that they want a follow up book. Two readers even said they’d like to see it turned into a movie. Now that’s a dream!

Having participated in many contest both on and off line I have to say even though the signs were their I tried to detach myself from the outcome because I’ve done well before but never made it to that finish line.

Still the book gained momentum and on January 27th I was shocked to see that my book was ranked #1 in New Adult/College, #1 in Young Adult, and #1 in Romance on Litnet and remained there for the whole month of February.

It was then I began to believe I may really have a shot at this. I still worried about getting my hopes too high but then it happened on March 1st the short list was posted, and  Someone to Watch Over Me was on it. I was so excited. Now out of 32 novels, narrowed down to the top 10, 3 finalist will be chosen to go to the American Writer’s Conference in Portland Oregon where the winner of the contest will be announce at a special event on March 30th.

I am eagerly awaiting the results. Stay tuned.